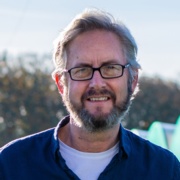 In the summer of 2018 Keith English’s first feature film, ‘The More You Ignore Me’, was released in cinemas to excellent critic reviews. Written by Jo Brand and starring Sheridan Smith, the film has gone on to Amazon Prime with terrific audience reviews and is still garnering accolades as its release travels around the world.

'The More You Ignore Me’ won Best Comedy at the National Film Awards in March 2019.

Although this is Keith’s first feature film, he has been directing commercials, TV shows and corporate communications for over 20 years. He has more than 400 commercials to his credit, has been nominated for a BAFTA and has won many international awards for his work.

He is a local boy. He grew up on the Isle of Wight where he bought is first super8 film camera at the age of nine. He went on to study directing at Bournemouth Film School in the 1980s, leaving it with a distinction and ‘Best Film of The Year’.

Early on in his career he became Creative Director of a London production company, making feature trailers for the likes of Stanley Kubrick, Hugh Hudson and Tim Burton. From there he moved into TV commercials, becoming well-known in the industry, internationally.

Now living in The New Forest, Keith runs his own production company, Velvet Pictures alongside his wife, Producer Claire Cottrell. As well as still doing international work, they are currently in development of new feature films and TV series, alongside working on advertising/communications with local companies.

We welcome Keith as the judge and presenter of the New Forest University Student category.