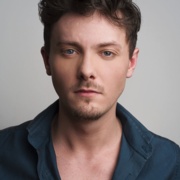 Tyger Drew-Honey is a British actor and filmmaker from Surrey, most notable for his role in the multi-award winning BBC sitcom ‘Outnumbered’, his series of topical and daring BBC documentaries ‘Tyger Takes On’, and more recently the BBC sitcom ‘Cuckoo.’ Having spent years working in TV, radio and film, Tyger will be making his theatre debut this August with a lead role in a National Tour.

Tyger will be judging and presenting the Student Narrative Award at our awards evening.