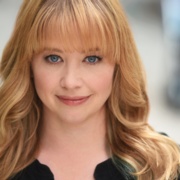 Jen is the owner of Alphadu Productions, an independent film production house which has produced or co-produced over 50 international award-winning films since 2016.

Currently Jen is producing a feature documentary, and producing two films surrounding post traumatic stress disorder in first responders, stemming from her years as a paramedic, along with numerous other projects.

Jen is one of the Founders of the Berkshire Short Film Festival, she has six films touring the film festival circuit and is the humble servant to her American Foxhound Mack.

Jen won the Best in Festival Award at the New Forest Film Festival in 2018 and has kindly agreed to visit us this time and present the award for the Best Zero-Budget Short.