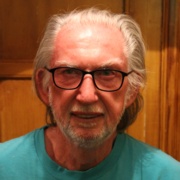 Michael O'Sullivan is a seasoned film industry executive with over 40 years' experience in the film, TV, home entertainment and cinema exhibition industries; primarily with Paramount Pictures.

During his career, Michael was involved in the production of over 70 movies and numerous TV programmes and series. These include films such as The Great Gatsby, The Duellists, Shogun, The Indiana Jones trilogy, Reds, The Winds of War, Shirley Valentine, The Hunt for Red October, Patriot Games, The Talented Mr Ripley, the Mission Impossible series, Lara Croft Tomb Raider and many others.

He was also on the board of the joint venture companies, UIP, CIC and UCI and as such has an intimate knowledge of all forms of film finance, distribution and exhibition.

We welcome him as the judge and presenter of the Student Animation category.